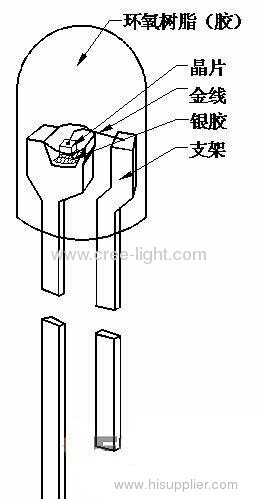 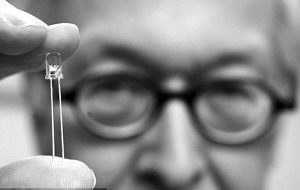 Light Emitting Diodes (LEDs) are a fast evolving, high technology light source. The primary benefits of LED based lighting are energy efficiency, long life, minimal maintenance and pure, saturated colours.
Light emitting diodes, commonly called LEDs, are real unsung heroes in the electronics world. They do dozens of different jobs and are found in all kinds of devices. Among other things, they form the numbers on digital clocks, transmit information from remote controls, light up watches and tell you when your appliances are turned on. Collected together, they can form images on a jumbo television screen or illuminate a traffic light.
Basically, LEDs are just tiny light bulbs that fit easily into an electrical circuit. But unlike ordinary incandescent bulbs, they don't have a filament that will burn out, and they don't get especially hot. They are illuminated solely by the movement of electrons in a semiconductor material, and they last just as long as a standard transistor.
While all diodes release light, most don't do it very effectively. In an ordinary diode, the semiconductor material itself ends up absorbing a lot of the light energy. LEDs are specially constructed to release a large number of photons outward. Additionally, they are housed in a plastic bulb that concentrates the light in a particular direction. As you can see in the diagram, most of the light from the diode bounces off the sides of the bulb, traveling on through the rounded end.
LEDs have several advantages over conventional incandescent lamps. For one thing, they don't have a filament that will burn out, so they last much longer. Additionally, their small plastic bulb makes them a lot more durable. They also fit more easily into modern electronic circuits.
But the main advantage is efficiency. In conventional incandescent bulbs, the light-production process involves generating a lot of heat (the filament must be warmed). This is completely wasted energy, unless you're using the lamp as a heater, because a huge portion of the available electricity isn't going toward producing visible light. LEDs generate very little heat, relatively speaking. A much higher percentage of the electrical power is going directly to generating light, which cuts down on the electricity demands considerably.
Up until recently, LEDs were too expensive to use for most lighting applications because they're built around advanced semiconductor material. The price of semiconductor devices has plummeted over the past decade, however, making LEDs a more cost-effective lighting option for a wide range of situations. While they may be more expensive than incandescent lights up front, their lower cost in the long run can make them a better buy. In the future, they will play an even bigger role in the world of technology.
Previous:   Green Power-Solar Camping Ligh... Next:  Function of Different Flashlig...
0